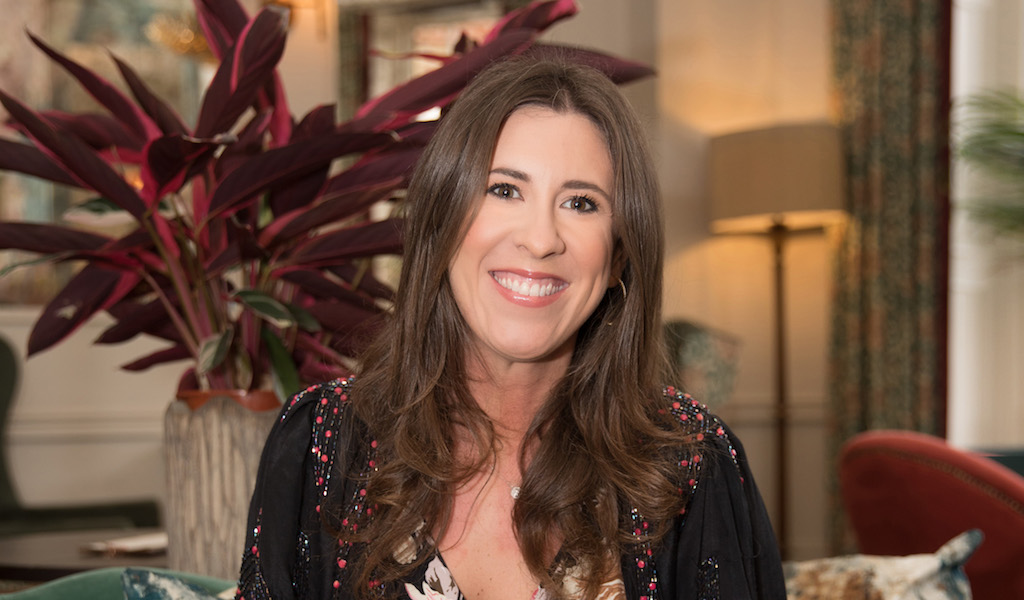 Lucy had always thought she would end up in a newsroom. Her break into broadcasting came when Neil Long, Radio Jackie’s Breakfast presenter, DJ’ed at her 21stbirthday party. It was back when Jackie was just starting up again was looking for volunteers to help out. Lucy was still at Uni reading English Literature and Language but was keen to give it a go, and the rest, as they say, is history.

Radio Jackie had started life as a pirate station in 1969 and was raided by the authorities more than once. In 1984 a petition calling for the station to be given a licence was signed by over 55,000 people. A full 24 hours a day service was launched later that year and Jackie has had presenters such as Dave Pearce and Paul McKenna amongst the people involved in their early careers.

What was it like to start up as a rookie at radio?

“I walked into Jackie in February 2004. I wasn’t sure what to expect, but I knew a little about the station from its history – my parents remembered it from the 80s, but I never realised it was just on my doorstep. I embarked on a training schedule to learn the Traffic and Travel ropes in between lectures at Kingston University, and I quickly progressed to presenting traffic bulletins on Drive three times a week. It was another 6 months before I started delivering news bulletins.

I’d had an interest in the news from a very early age. We had newspapers in our house every day and as a child, I actively watched the news. I could name all of the TV newsreaders and I was always fascinated by how it all worked. At Coombe Girls’, I was co-editor of the school newspaper. I knew I wanted to be a writer, but I always thought I would follow my father, who was an Editor at Lloyds List, into print instead.”

What are your career highlights to date?

“I’ve interviewed so many people; all sorts of political figures including Prime Ministers. I’ve been on countless election trails which are hugely exciting. I’ve interviewed actors and musicians, Brian May being one of my most memorable, simply because he is so lovely and also shares my passion for saving wildlife. An interview with Francis Rossi springs to mind because we spent more time talking about his house renovation than we did about the actual subject in hand. I’ve been lucky enough to cover “Royal rotas” for the Queen, Prince Charles and other royals. The Wild London event in Richmond Park in 2012 to mark the Queen’s Diamond Jubilee was particularly impressive. It was pouring with rain and we were all a bit chilly walking around Richmond Park, but The Queen and Prince Philip arrived, stoic as ever, and it was business as usual.

Radio is so immediate; there’s no feeling like a breaking news story. The Croydon riots of 2011 really stand out for me. I was just going to bed when I got a call to come back to the studios as we were going to do 20 20 news. My role was to present the bulletins and edit the interviews that journalists on the ground were feeding us. We witnessed complete devastation that night. People lost their homes and one of the biggest casualties was House of Reeves, a furniture store which had survived the Blitz, but was destroyed by rioters in one night. I kept in touch with the Reeves family, and I’m so glad they managed to rebuild their business.

I like to feel that the work I’m doing is making a difference. One of my first major assignments was to head to Croydon as Police had decided to host voluntary DNA testing following the murder of 18 year old Sally-Ann Bowman. My on-air interview with her mother Linda actively led to more male listeners ringing up to say that they would get tested just to help with the investigation.

Local news interests me the most; the campaign Jackie News launched to help reverse shop decline in Wimbledon Village was close to my heart as I’m a firm believer in local business and saving our high streets.”

What do you like to do when you are not working?

“Jackie is live 24 hours a day, which means I’m on 24 hour call, so my free time is really valuable. I have a huge circle of friends, some of whom I’ve known since we were all at Coombe Hill Infants together in New Malden. We’re scattered all over London now but try to meet up once a month where possible. I’ve recently started climbing at White Spider in Tolworth which is a massive stress buster and I tried out paddle-boarding a few times this summer, one of those times with the Good Life Paddle Co in Surbiton on the River Thames, as opposed to on a very serene lake in the Algarve. I loved it and am looking forward to getting back on the board – I just need to build up the courage to paddleboard the Thames in winter.

Rohini Finch Inspiring Woman, on careers and staying true to yourself