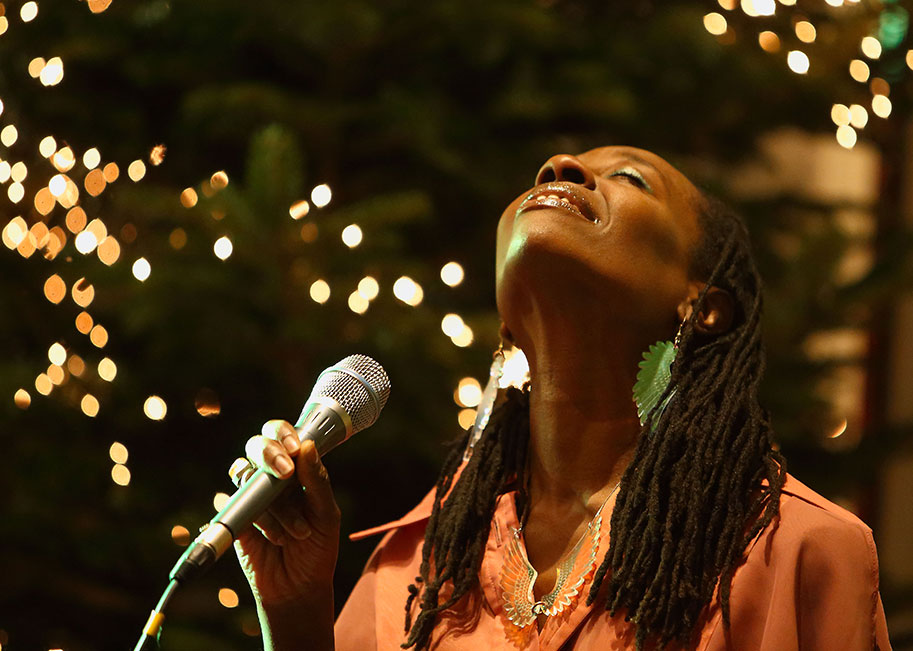 In February 2016 I held, what I thought was to be, the first and only SING4SANE Big Sing. Some months before I had had the idea of inviting people to join with me in singing my song Live Again to connect with others who have a shared understanding of mental ill health. Friends of friends were invited; adverts were posted on social media, choirs were contacted. Then on this one, quite wintry Saturday afternoon a group of around 30 people took to Caffe Nero in Heathrow to join me in living out, what seemed to be, a slightly crazy idea. As we sang, hearts opened, connections were made. Later on, stories were shared. And SING4SANE was born. Four years and several Live Again performances on from that day – after inviting members of the public to re-record the song at RAK Studios as a Big Sing with sale proceeds going to SANE – I have staged a Big Sing in Parliament, I’ve sung in European Parliament in Brussels as part of the Darkness into Light opening (an initiative raising funds to help those affected by suicide). I have facilitated many singing workshops and brought participants on stage with me as part of my performances. And I have accepted kind invitations to join or speak at events, sharing my story. So today, I am taking time to reflect on how this song, and this project, has literally changed my life.

Live Again, written in early 2013 had been, I thought, the story of a close loved-one as I watched the difficulty she was living through at that time. Two years later, during the recording process of my second record, Stripped Back, for which a recording of Live Again was made with just piano as a backdrop behind my voice, this recording unwittingly revealed to me that the story the song told of someone’s call to be noticed was clearly my own. This revelation has brought about several unforeseen changes in my life. The path has been a long and arduous one but ultimately it has led me to become better acquainted with myself. It has helped me to begin healing closely held yet unknown past wounds and it has enabled me to develop a relationship with my voice.
I say “develop a relationship with my voice” as I had never before known any way of relating to my voice until this process began. It may seem odd to read these words. Whatever does it mean? Does a singer and a performer of songs not naturally relate to their voice by the mere fact that they…sing? The short answer is “no”. Developing a relationship of any kind takes effort and work. Yes, we all have a voice and we may all be able to use it. Some of us will feel able to sing and may have confidence in doing so. “Real” connection to our true, inner voice however is about bringing together those separate and perhaps buried aspects of ourselves. For me, this means mind, body and spiritual connection, in order that our authentic voice can be found. Through this finding, we can begin to live and experience life from a truer place, if we allow ourselves to delve that far. When I release vocally, via song, I begin to give my voice permission to connect to a deeper part of myself. In a performance, this is felt by those who listen. Which in turn creates connection. And it is this powerful happening that can forcefully radiate and manifest when singing with others. 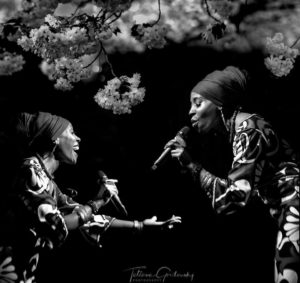 Regardless of our age, we can subconsciously live-out mindsets based on outdated beliefs or past, usually childhood, experiences. When we allow ourselves to dare to learn to sing with a sense of freeness, we can begin to – carefully and ever so gently – unlock that tightly shut door to our inner truth. We can turn that key that perhaps has kept silent the closeted expression of our inner child. That part of ourselves that has maybe stayed closed for fear of repercussions that would remind us of a negative past experience.
Live Again, combined with the SING4SANE project, has not only opened the door to my heart so I can experience love and all its essences at levels not before known. Both the song and project continue to open doors to a re-imagining of myself and who I can be. At the core of this is the truth of who I am. Who I always was but have been afraid of becoming. What began as an idea to sing with others – so that I could make connections to those who might also silently share the same feelings that I once believed no one else would understand – has turned into a light that illuminates faces, and voices. It enables those who might have felt unseen to be seen. Those who may have felt unheard, to be heard. Those who perhaps felt that their voice does not matter, to know that in fact it does matter. In turn, I too have felt more heard and seen. Importantly, I am learning that what I do matters. There is a purpose. I am not just someone with a voice which sounds pleasant and is entertaining to listen to. My words, my songs, my actions can inspire real and positive change; what I offer can be of benefit to another. When we feel we have a place in this world, perhaps then we can lessen the conflict that transpires from feeling we are not part of it.

I am very familiar with this too oft recounted tale: someone is afraid of singing. They fear being heard vocalising through song. The belief that they cannot and should not sing is imprinted in their every fibre. They were likely instructed of this message by a teacher who maybe could not see that their concern for building their own ego was destroying the confidence of a child with an enthusiastic heart. The effects can be long-lasting. This is regrettable because it is simply never true. In an encouraging group setting, voices uplift and support each other. They unite and bring people together. Regardless of past experience or knowledge, we can each start and sing from the same place. Put love at the center and the destination is pure joy. Move into that happy space and the release of endorphins can be mesmerising, life-affirming and freeing.

The final words of my song – “I wanna start to live again” – could now not be more potent or more true. My hope is that it will become true for others too through the freedom of singing. A long and arduous path, for me, it has very certainly been, and every step of the way has been worth it.
Melissa is hosting Sing from Your Core, a free drop-in workshop to be held at Wimbledon Library on Monday 9 March, 5.30 to 7pm and every 2nd monday after that – free admission. 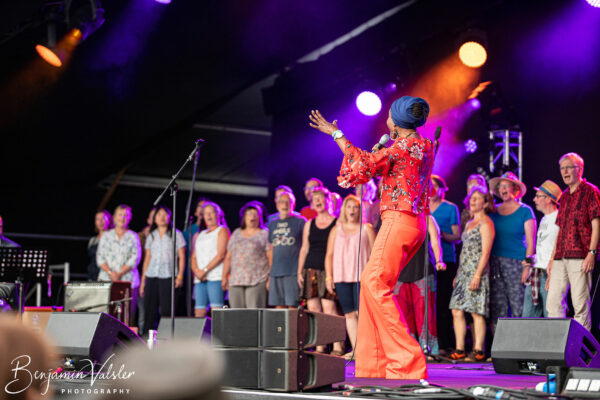 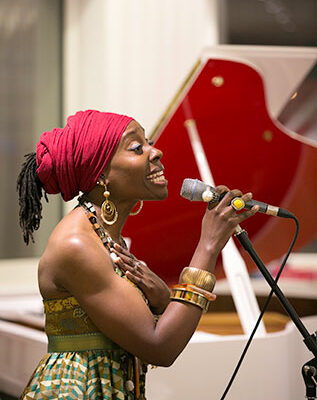 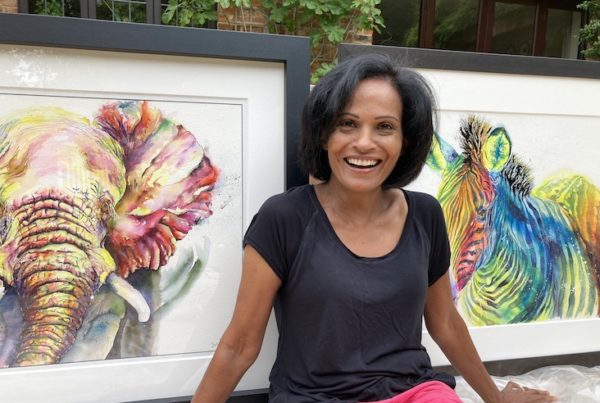 Colour up your life with wildlife artist Jos Haigh 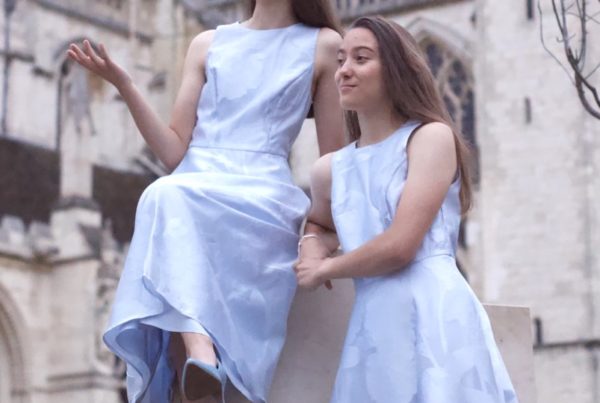 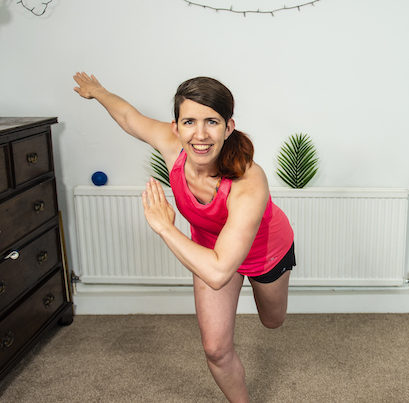