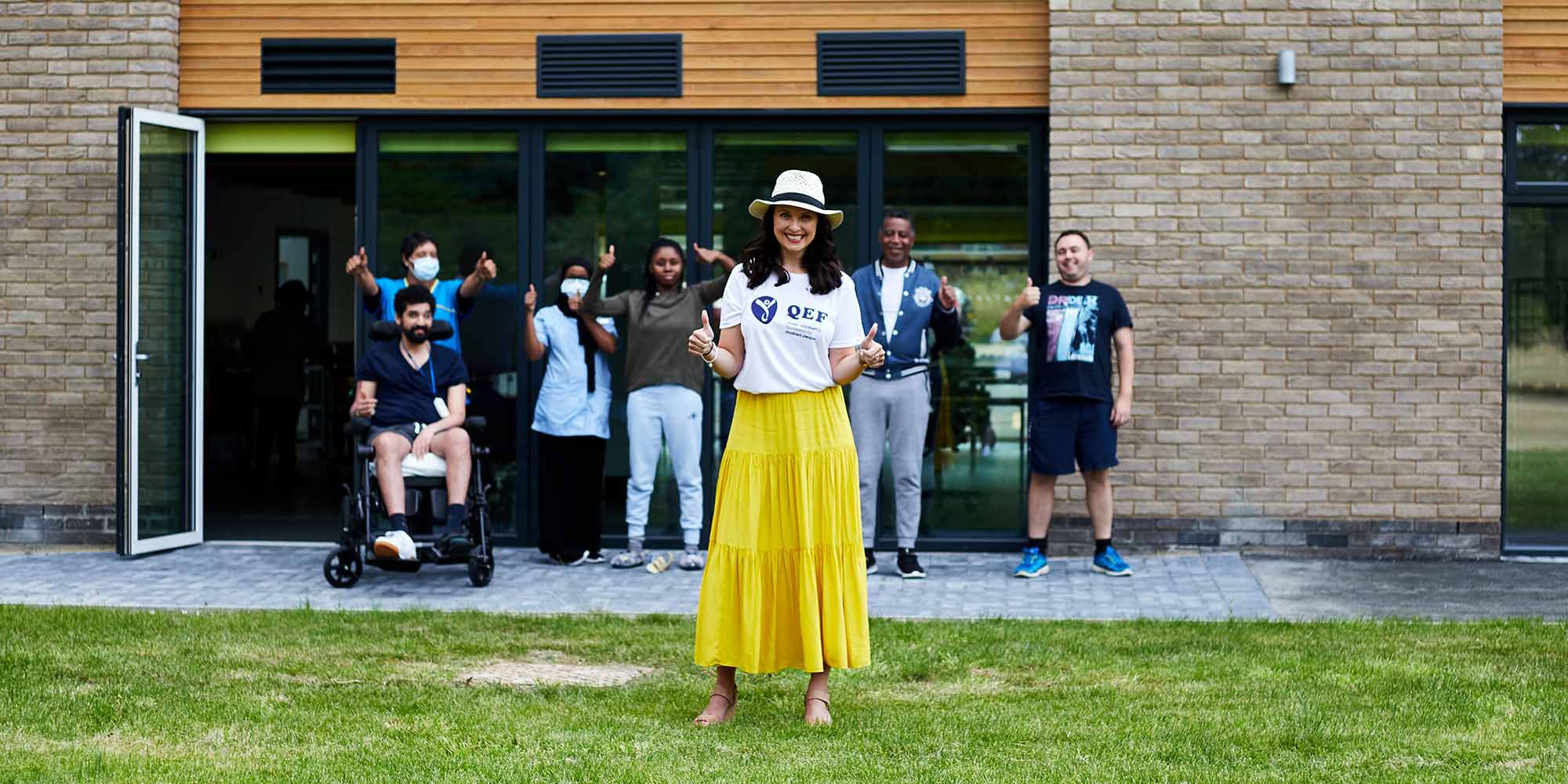 Between playing Honey Mitchell on EastEnders, dancing her heart out on Strictly Come Dancing, and working with local charities, Emma Barton speaks to Darling on how she fell in love with Surrey, beat the lockdown blues, and learned to take it easy.

How has lockdown has affected your work as an actress?

It was quite a shock because I was meant to go back to filming EastEnders the week they announced lockdown. Last year was crazy busy, and suddenly everything stopped, and I wasn’t ready for that. It really affected me.

But then I pulled myself out of it, as you do. I would have had a schedule if I were filming so, hour by hour, I listed in my diary what I was doing, and straight away I started to feel better. And then I joined Home Festival Fun, which was created by Karen Hauer and Oti Mabuse. So, in the end, I did get to perform, because I was the resident bedtime story reader!

The one thing I was really fortunate to do during lockdown was singing alongside Shane Richie, with a band, in the courtyard of Buckingham Palace at the 75th VE Day celebration. It was the highlight of lockdown, to go and do a BBC programme that celebrated and respected all those people who were part of the War. All social-distanced, of course!

With theatres closing up and down the country, how are performers dealing with the uncertainty?

It’s been a real tough time for the theatre industry and I just hope we come back bigger and better. It’s ironic – what have we been doing since we couldn’t go out? We’ve been watching films and listening to music. It’s all the entertainment industry, and if that’s taken away it’s not just your performers, it’s the whole lot: the backstage crew, the front of house crew, the dress designers… This industry is so important to everyone. It’s our escapism, and to lose that important part of life would be devastating.

It’s been a few years since you were in the West End production of Chicago. How does that experience compare to starring on national TV?

Oh, to play Roxie again, even for one show! Such a strong female role. I’m passionate, whether it’s in my industry or not, about equality, making sure us females get some nice juicy parts in plays or TV programmes.

When I was training 20-odd years ago, to crossover from musical theatre to telly was unheard of, but now the doors are open and casting directors see that you’re not necessarily a one-trick pony. With theatre, you get the initial response of the audience laughing or applauding you, and there’s nothing quite like that. With EastEnders, it’s so lovely when people shout at you ‘where’s Billy?’ on the street. When I had to tackle the bulimia story, the amount of people who came up to me and said ‘thank you for doing that storyline, that’s what happened to me,’ or ‘I hope you get better soon’. Then you have to say, ‘you know, I’m not really Honey!’ And with telly, you have your evenings more. Your evenings are out of the window when you’re doing shows.

Speaking of TV appearances, how was Celebritiy Masterchef back in 2014? Did you acquire a new passion for cooking?

I absolutely loved it. I said to myself that I would never complain or dismiss anyone who works in a kitchen. When you go to those professional kitchens and you have to play a part, it’s hard! I would love to be able to say that I can cook for 14 people, but my limit is probably six. Though I’m probably the only person that didn’t bake a banana loaf during lockdown.

You were great on Strictly last year. Have you kept up your dancing?

I loved dancing, but I haven’t got plans to do any more. The only thing I’ve been trying to keep up is the fitness level. Oh, my goodness, my fitness improved so much. I feel better in myself. Though if someone drops out of this current series, I’m happy to step in!

Strictly is up there with some of the best things I’ve ever done. They say, ‘never meet your idols, because you might be disappointed.’ I’m a Strictly superfan. When they asked me to do it, I panicked, thinking, ‘gosh, what if it isn’t that good?’ But it was, it lived up to all expectations, and I learned so many news skills – I never thought I’d be able to do so many pivots!

Don’t get me wrong – I was petrified walking down those stairs when they announce you. When I had one of my big ballroom skirts and I was coming out from behind the screens, my dress got caught on one of the pieces of lighting and I was like, ‘what if I my skirt falls off on live television!?’

[Anton du Beke and I] were called ‘fish and chips’ because we went together so brilliantly. What you see on telly is what you get – he’s hilarious. I wanted him to get the tens and get to the final. I did say, ‘I’m so sorry we didn’t win’, but I loved every minute of it.

What’s your favourite thing about living in Surrey Hills?

I love the village community. It’s got even stronger with everything that’s been going on with coronavirus. During lockdown, it was so nice to have time to appreciate where I live and what I have on my doorstep. I moved to Guildford when I was 18 to train at the Guildford School of Acting, and I never left. A lot of [actors] go into London to be close to the theatres and to filming, but I wouldn’t move.

There are so many great places to eat near me – if I fancy a coffee and catch up, The Hambledon Stores, run by volunteers, have the most amazing homemade sausage rolls. My favourite pub is The White Hart Witley, a 16th century public house in the Surrey Hills which serves the best firewood-style food. My favourite restaurants are The Ivy, Guildford – I’m quite a regular – and I love Italian food, so I recommend A Casa Cobham.

Do you have any tips on keeping a work-life balance?

There actually are enough hours in a day, and you’ve got to put aside some time for yourself. I realised that I don’t do any reading, apart from my scripts, so during lockdown I was reading a lot more – even if it’s 20 minutes, you can find that time.

Anything exciting planned for the future?

As long as I’ve got a bit of hope, a bit of health, and a bit of happiness, I’m okay. I don’t plan too far ahead. I go back to filming EastEnders for the first time since November. They’re not cutting any corners with the stories, but we’re taking extra care for the whole team’s safety.

My daughter on EastEnders has Down syndrome, so when I was approached by the Queen Elizabeth’s Foundation for Disabled People to be the Patron of its Survive and Thrive Appeal, it did pull on my heartstrings. I’ve seen what the money they’ve raised over the years has done to support this foundation. If I can support them, they can continue to support adults and children with disabilities.

Emma Barton is supporting Queen Elizabeth’s Foundation for Disabled People (QEF) Survive and Thrive Appeal. To find out how you can support or make a donation visit qef.org.uk/surviveandthrive

Rohini Finch Inspiring Woman, on careers and staying true to yourself