“We wanted to create something completely different. Sportswear that looked sharp and felt wonderful to wear, but didn’t compromise on technical performance.”

“We run, not only because we think it is doing us good, but...because it helps to do other things better.” 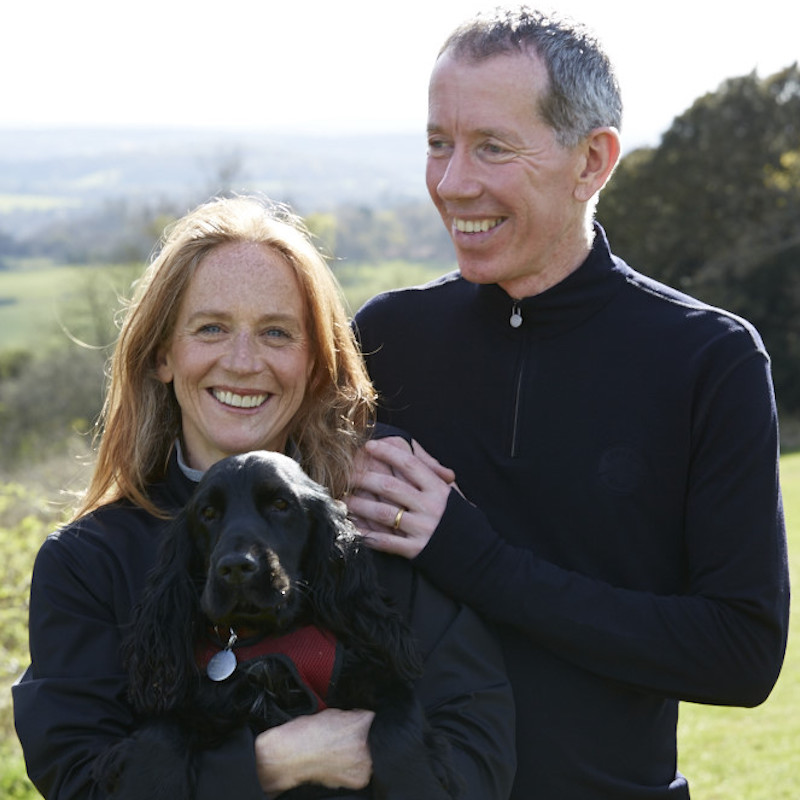 “Welcome to Iffley Road at Darling! We are Claire & Bill and we are the founders. We hope you enjoy shopping our range.”

Choosing the right fabric is crucial in sportswear.

We’re a husband-and-wife team who have been keen runners since our uni days. We met on a blind date organised by a mutual running friend in the early 90s and have been married for 27 years. We both love running and run together in Richmond Park with our cocker spaniel, Monty.

We founded the company in 2013. We genuinely felt there was no running wear on the market that we wanted to wear, which seemed strange given the boom in the luxury goods industry at the time. Having worked with luxury goods companies we felt there was a real lack of beautifully made, classic high-quality sportswear that was both minimalist and designed with performance in mind.

We gave up the security of our day jobs – Bill worked in communications and IT for British Airways and Claire worked as a luxury goods and retail analyst at Morgan Stanley – and set out to create running wear that is technical, stylish and sustainable.

Initially we offered both Men’s and Women’s running wear, however early on it was obvious that there was much more demand for our Men’s kit.  As a self-funded business, we made the choice to focus on Men’s although we hope to offer Women’s kit again one day.

We chose the name Iffley Road because this is where Sir Roger Bannister ran the first mile in under 4 minutes. He’s a source of great inspiration to us. He was a full-time doctor when he ran the first sub-four-minute mile, but there was so much more to him than ‘a time.’ For Bannister, and his friends and his two pacemakers, running was part – but not all – of their life. They were the last of the great amateurs. We love that idea of running as part of a broader healthy lifestyle.

We feel his way of running has been forgotten today. Running has become obsessed with the ‘finish line’, and kit has become over designed and garish in colour. We at Iffley Road want to change this and to represent confident, stylish and successful runners.

We work closely with a small number of factories all carefully chosen for their particular technical expertise.