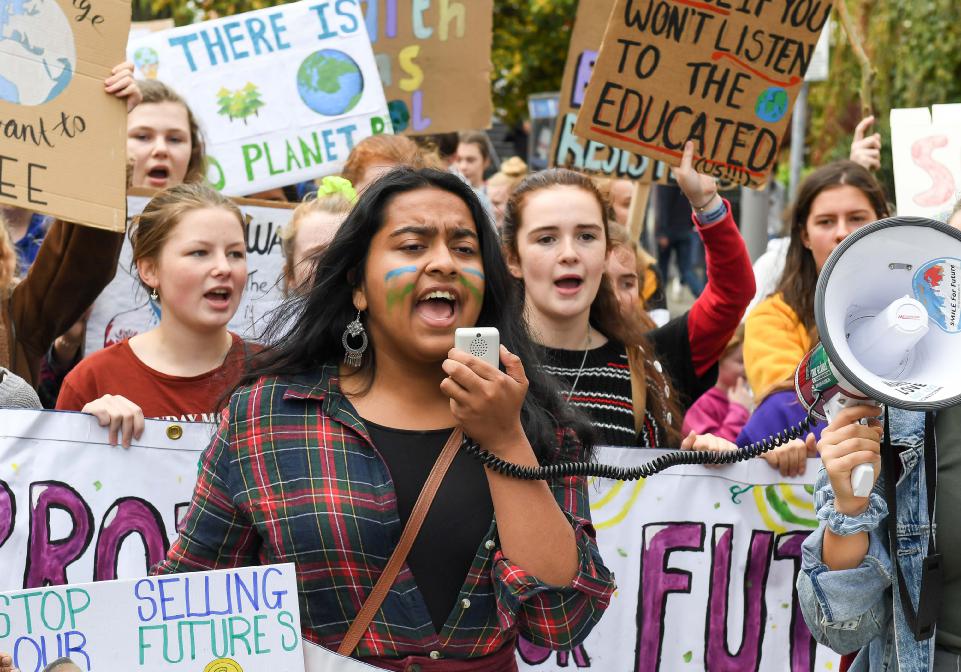 WOW – Women of the World, Mulberry Schools Trust and Purposeful have announced online plans to mark this year’s International Day of the Girl taking place across the weekend of 9 – 11 October 2020. For the past eight years, International Day of the Girl (11 October) has highlighted and addressed the needs girls have and the challenges they face, whilst also promoting their activism and the fulfilment of their human rights.

This year, the United Nations General Assembly has announced the theme of ‘My Voice, Our Equal Future’. Mulberry Schools Trust in partnership with WOW are curating a day of digital panel discussions and workshops using its Global Girl Leading platform to focus on activism in an ever-changing world to mark International Day of the Girl. It will place on Friday 9 October and Mulberry School for Girls will broadcast live webinars mixed with pre-recorded interviews to over 20 different schools from Somerset to Singapore, as well as schools in the Mulberry family.

A panel discussion about what it’s like being a girl activist, will be hosted by Jude Kelly and feature three influential young activists. It will premiere via WOW’s YouTube Channel and website at 12pm on 11 October. Amika George, founder of Free Periods campaign, will be joined by Hayat Muse, youth activist and co-founder of Kow iyo Labo, and  Heba Rose Ahmed, a human rights and anti-racist activist who was responsible for 15,000 people attending the Black Lives Matter protest at Piccadilly Gardens in Manchester earlier this year. Three shorts with the girls taking part can now be viewed online: Amika George, Hayat Muse, Heba Rose Ahmed.

Working in partnership with Purposeful, a feminist movement-building hub for adolescent girls, WOW has brought together forty girl and non-binary activists between the ages of 11 – 19 who are known for their work, both in their home countries and globally, in areas such as social justice, LGBTIQAI+ rights, climate action, education activism, sexual and reproductive health and rights activism and gender equality. Over two sessions on Saturday 10 October and Sunday 11 October, WOW and Purposeful will hold two closed, virtual convenings to bring together these inspirational activists to connect, share ideas and learn from one another to help establish a new network. The sessions will end with a Self-Care in Activism workshop led by Manal Omar (Across Red Lines) and Haleema Bharoocha (Alliance For Girls).

A global online directory has been launched on the WOW website and is the first of its kind. It will provide these 40 activists with a platform to share their work with girls all over the world. The global directory can be accessed here.

Jude Kelly, Founder WOW – Women of the World – Festivals and Foundation said: “For 2020’s International Day of the Girl, we’ve set out to find brilliant girls from across the globe who, despite tremendous obstacles, are demonstrating creativity and courage to change the world and empower others. The range of things the girls that we are working with across the weekend have already done is staggering. We must create spaces for them to continue, we must champion them as the future. 2020 has so far shown itself to be an age of division but within that we are seeking to build networks across cities, countries and continents. It is in their lifetime that the UN goal of gender equality by 2030 should have been reached.  These girls are showing us how to build a more equal world and how to imagine a better future across human rights, education, environment, sports and business, for a fairer, more sustainable planet.

“We are already beginning to see the impact of the Covid-19 pandemic on women around the world, from labour markets to domestic spaces – on the frontline and in the home. For younger girls everywhere much has changed already, child marriage is rapidly increasing, access to education is diminishing, often girls are the ones who have to help with household chores or increased childcare. There are great concerns that doors we’ve previously fought to open will begin to close again during this crisis. It is essential that we urgently work alongside the next generation to keep these open and ensure we are empowering them against existing gender inequalities. WOW has adapted over the last six months, connecting women across the globe in two major Festivals, and so it is fitting that alongside our friends at Mulberry School Trust and Purposeful we are able to put into practice those skills to create digital events and collectives to support the global movement.”

Dr Vanessa Ogden, CEO of the Mulberry Schools Trust and Headteacher of Mulberry School for Girls said: “This conference provides a platform for actions in girls’ advocacy for each other – and for boys to show their support for equality. Our global sisterhood is important to us and we hope Global Girl Leading backs girls to be active change-makers in the range of issues affecting their world.”

Over the past 10 years, WOW Festivals and events have reached more than two million people across six continents, from Baltimore to Brazil, Cardiff to Karachi. Find them on social media here.

The WOW Foundation is proudly supported by its Global Founding Partner, Bloomberg, and Global Partner MasterCard.

You may also like to read about the amazing Jude Kelly – founder of the WOW on darlingmagazine.co.uk/feature/jude-kelly-obe/