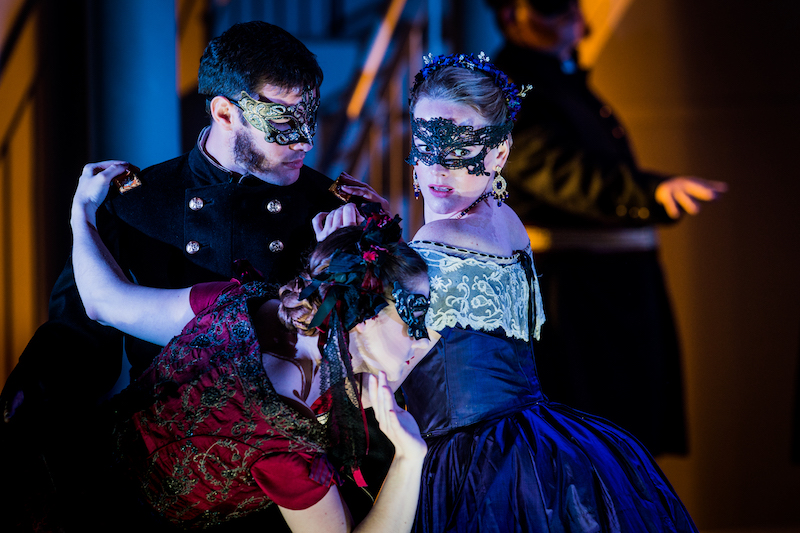 Written by Melanie Eskenazi for musicOMH.com where this article was published on 14 April 2020.

Exciting things are happening at Grange Park Opera, the newest of the Country House Summer Festivals, set in the glorious grounds of West Horsley Place. While the 2020 season has been cancelled thanks to coronavirus, the future is already in the pipeline with one especially remarkable event in progress, a staging of the newly discovered opera by Sir John Tavener, Krishna, to be directed by Sir David Pountney.

We spoke to Wasfi Kani about her future plans and how the unique organisation which she founded is coping with the present crisis, in which she provides a snapshot of how an organisation deals with so potentially damaging a situation.

Dark as the house might be, things are still happening; “Conrad, the joiner who is laying a massive oak floor, which you’ll see when you come next time, is there in splendid isolation, and when he realised that we might not be able to grow the intended sweet peas on the big frames this year, asked if he could grow cucumbers instead!” This interest in not just what happens inside the opera house is typical of Wasfi, who oversees even the smallest detail. All their plans have had to be shelved. “We have 14 people working in the office, and everyone is really dynamic, upbeat and always coming up with ideas, but now our role is to just unpick everything. We have around 150 people involved with the performances, and that’s not including orchestras and all the ‘casual staff,’ so we’re talking about around 250 people working here in one capacity or another – but we have only furloughed two of our staff.”

Helping our artists and employees in need

After the announcement of the closure, she was asked what she was doing for artists – “Well, the first thing I have to do is to make sure that there will be a festival to come back to, so I can’t just give away all our money.” Nevertheless, she is optimistic about breaking even, and has seen to the distribution of £163,000 to employees and artists in need, and as might be expected from her, new ways of fundraising are constantly being explored. One enticing initiative is Birthday Cheer, which involves artists recording a personal birthday message, costing around £200-£700 depending upon the eminence of the greeter! Bryn Terfel and Sir Simon Keelyside are already signed up together with quite a few others, and the proceeds will go to the Artists in Need fund.

What can we look forward to?

Looking to the future, the 2021 and 2022 seasons are full, although this year’s much-anticipated new work about the death of Alexander Litvinenko has been ‘tagged on’ for next season. Also in the pipeline are two rarely performed works, Rimsky-Korsakov’s Maid of Pskov and Janáček’s The Excursions of Mr Brouček – both will be directed by Pountney, who was responsible for the memorable English National Opera production of the latter work in 1992. “David and I speak regularly and have dinner together frequently so we have plenty of chances to talk about new ventures, and of course the most exciting one which he brought to me, a major new work by John Tavener which we are going to stage in 2024.”

The work, Krishna, focuses on the cycle of Krishna’s life via a series of vignettes – he is born when the earth is crying for help and in the final vignette he is assumed into Paradise until the earth needs him again. Wasfi’s delight in this new venture is obvious: “It was intended for the Manchester International Festival, and then offered to Opera North but it’s such a huge piece that it really needs more than a smaller outfit can provide. Within two days I was at Chester Music examining the 358 giant sheets of Tavener’s manuscript. I knew that this is a masterpiece which needed to be brought to life. I want it to be performed in Bombay as well as here, and so we are looking for collaborators for the premieres.”

Given her track record – she raised the £10 million needed to build the house at West Horsley within the space of a year – it seems clear that this project will be a must-see in that future season. Meanwhile, the work of keeping the house going and alive in opera lovers’ hearts goes on, and we all have our favourite memories – for us, it’s the 2017 production of Jenůfa, but for Wasfi it’s something more over-arching, namely “Just the sheer strength of the commitment of everyone who has contributed to this place, whether they gave us money or participated in other ways.”

No doubt that strength will manifest itself over the coming months, and result in yet more memorable seasons to come.

• Further information on Grange Park Opera can be found at grangeparkopera.co.uk