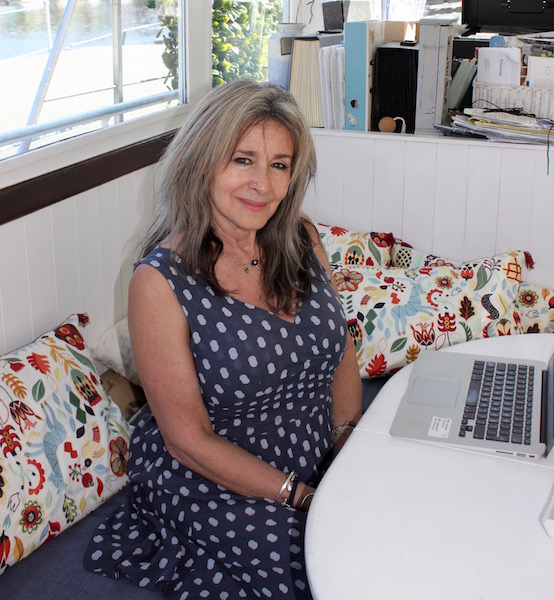 Most cat owners fear their moggies being squished by a car.  When you live on a boat by Kingston Bridge, there’s a different kind of angst. Minsky, our worshipped fur baby, falling into the Thames, to later bob up as a lifeless piece of drowned carpet following a raft ride through Teddington Lock. True, he often acts like a lifeless piece of carpet so not sure I’d actually notice much difference, but the reality is always there.

Three months into our new home, the dreaded dunking finally happened. He was picking regular fights with another cat on the mooring, a big bruiser called Bill.

First we heard the skittering of multiple paws above our heads, magnified terrifyingly by our steel deck. My daughter Talor raced upstairs to break up the Fight Club. But by the time we’d reached the door we heard the ominous SPLASH. Two actually. Both fell in together. Bill, being a streetwise panther, magically twisted in mid air, and was back out the second his toe-beans touched the icy water. Our pampered pedigree, however, was left howling hideously in the river, sandwiched 8 steep feet down between the tiny channel between our boat and the one next door. Too narrow a space to get a net down we screamed encouragement at him to keep swimming. His only hope was to make like Michael Phelps around the bow to a makeshift pallet Geordie and Suze, (our neighbours) had thrown together to deal with such an occasion.

They came running out from their craft holding a ladder just as Minsky scrambled onto the life raft.  It was midnight in mid winter, and pitch black. So, there I was, climbing 8ft into the freezing Thames in in my pyjamas, envisioning the headlines in the papers; ‘Foolish Woman Drowns Saving Her Pussy. Cat Survives’.

Suze held my daughter, who held tight to the ladder. The cat, naturally, held tight to the raft. Finally wrenching him off, he suctioned desperately to my face like the Alien, inconveniently forgetting to withdraw his claws first.

Once prised off me, he looked like the rejected love chid of The Sphinx and ET. His fur sodden and flat, along with all his dignity. For once in his spoilt little life, the smile was temporarily wiped off his superior fluffy face. Along with a considerable amount of my blood.

To comfort, Talor passed me a hot toddy singing ‘What shall we do with the Drunken Sailor?’  With spring tides coming, how about moving her to a penthouse flat.