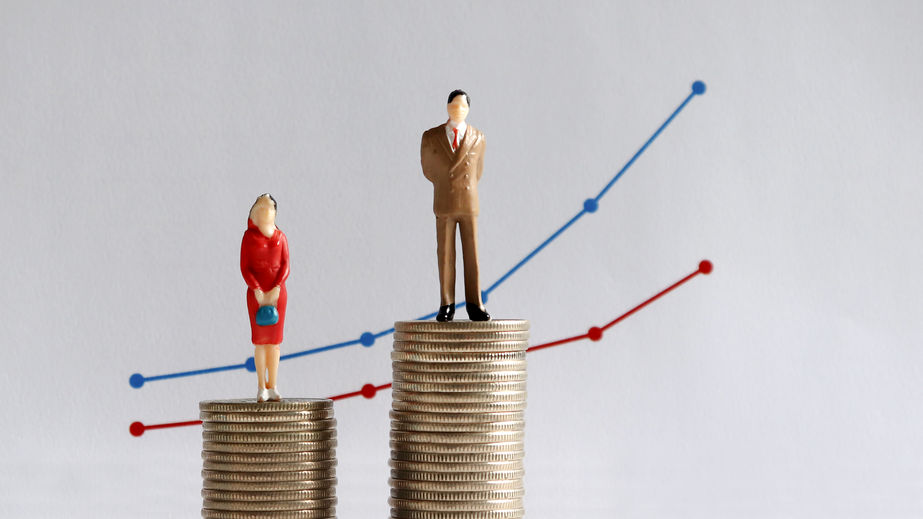 In 2021, women are still paid less than men. Despite being more educated than ever before (in fact, more than men), the gender pay gap remains consistently glaring, whatever metrics you use. This gap gets bigger the older you are: by their fifties, a women likely earns 16% less than her male counterparts. At current rates, it’s believed it will take 200 years to fully close the gap.

I’ve been asking this question all week. Why do women still earn less than men? Of course, the answer most people give is almost always one word: Babies. In their early thirties, professional women take time off to have their children, and their career will never fully recover. Women are more likely to take longer off, chose to return in a part-time capacity and are more likely to chose less responsibility in their careers. By the time they’ve finished raising children, they have been out of the work place for years and their male colleagues have moved up the ranks while they’re back where they left off. It’s simple, really. Except, perhaps it isn’t.

When asked, many women will claim that ‘choice’ didn’t really come into it.

“When my maternity leave ended, there were no provisions for me to go back with any flexibility,” says Claire, a former senior manager for a travel company. “I didn’t expect special treatment, but I had consistently been one of their highest performing managers. I asked whether we could set up a job share so that I could continue to do my job on part-time basis, but was told that it couldn’t be done. My option was to go back full time, working 50+ hours a week, or step down. With childcare, stepping down meant I barely broke even, so in the end I left.”

It’s in our working culture

Claire’s story isn’t an unusual one. In the UK, we have adopted a mentality where to do a job well, you need to work long hours, always be available, and never ‘off the job’. This means for many parents, the choice is either sacrificing your family or your career. The statistics support this: companies that are more likely to encourage the long-hour culture are inherently gender biased towards men. With such a lack of flexible working, increasingly women are pushed into more flexible roles, which are often lower paid.

It almost always comes down to this, women tell me: you always have to make the choice between career and your children. In Britain, you can’t chose both. We simply do not offer enough flexible working solutions for women or men. When asked, women consistently say that they would happily take on more responsibility if their jobs could fit in more around their children. “My boss has been nagging me for years to apply for senior management, and I know I’d be great at it” tells Jane, a 42 year manager for a supermarket, “But they’ll only give me full time. My husband isn’t able to do his job work part time, so there would be no one able to be around for our two sons. When it comes down to it, our choice had to be made around who earns more, which is my husband. If I worked up the ladder, perhaps I could be earning more, but how do I get there? It’s a Catch-22.”

Further, there is an assumption that men are more ambitious than women, and less likely to want to take a step back when they start a family. However, when asked, 60% of men said that they would prefer to work part time or flexible hours so that they could share childcare, but it’s rarely an option. In fact, men were found to be twice as likely as women to have their request for part-time employment knocked back. In 2015, a law was passed that stated that men could share maternity/paternity leave with their spouses, but only if one parent was back at work. This also only accounts for Statutory Maternity Pay of just £151 a week after your baby is six weeks old.

What Charlotte did as the breadwinner

Charlotte split her maternity leave with her husband. “I was the main breadwinner, earning twice what my husband did. My company only offered Statutory Maternity Pay. On this, we couldn’t have made the mortgage payments.” It didn’t come easily though, and she tells how she was judged from the offset when she told people their choice. “I was judged so much. Everyone felt the need to try to make me feel guilty and tell me how much I’d be missing. My husband was complimented and told how amazing he was. It was really bizarre.” She goes on to explain why she thinks the gender pay gap is still there. “The expectation in child-care is still largely placed on the woman. With SMP being so low, and childcare costs being so high, mothers are penalised, definitely.”

Some companies are looking to change this. Diagio, Aviva and Investec are just some of the companies that in recent years have offered 26 weeks of fully paid parental leave to both parents. The aim? Making it impossible to be penalised for being a mother.

This, these companies claim, is just one of the ways that men and women can share parental responsibilities. Initiatives like this exist all over the world, with Sweden at the forefront of gender equality when it comes to parental leave. There, both parents receive 80% of their salary for 16 months regardless of who takes the leave: in fact, it is expected that both parents take leave at one point or another, making it far easier for parents to balance caring for their children with their working responsibilities. In addition, recent years have seen an increase in free childcare available for working parents, up to 30 hours from the previous 16. This is a lifeline for many mums: who previously would have had to chose between paying for childcare or scraping an income that barely covered childcare costs.

Up until the first lockdown in 2020, the benefits of this were starting to show, with an increase of women returning to work and being able to work more hours.

In 2020, the majority of business were forced to allow their employees to work from home. What’s more, many of them are planning on keeping it this way. In a survey of over 1000 business, 70% said they would be maintaining home working, with 44% claiming working from home had actually increased productivity. This disputes the previous arguments that flexible working hours and working from home would encourage employees to work less, but completely makes sense. Taking out long meetings, travelling for work and frequent interruptions, there’s a chance that for many employees, they can do more work in less amount of time. This could lead the way for more parents sharing their childcare and balancing the demands of family with their jobs. In addition, it means that parents won’t have to take time off work if their children are unwell: which accounts for another big reason for women often need to take time off their jobs.

Charlotte agrees, but on some conditions. “It will definitely mean more people can work around commitments. I’ve never minded putting in hours in the evening and meeting clients while my son is at school, as that is what will work for us while he’s young. As long as flexible means flexible. It’s all very well telling people they can have flexible hours, but not if they’re still expected to take calls at all hours, answer emails at the drop of a hat and speak to clients on their days off. Also BOTH parents need to chip in, if the responsibility still falls to the mum, you’re just exacerbating the problem”

I asked Claire, who echoed Charlotte. “I would have been able to do the majority of my work from home. It’s really important though that employers have a clear, laid-out plan as to expectations, so you can’t later be told that you’re being let-go because you weren’t available 24/7”. Similarly, she claims, you shouldn’t be financially penalised if you’re granted flexi-hours. “I’ve known friends who’ve found out they were being paid less because they had been given flexible hours. Again, companies need to be transparent.”

Whatever the answer, it’s clear that the first step is for employers to encourage open discussion with their employees. Whether it be on equal pay, flexible commitments for both parents, or reasonable adjustments for childcare: the first step is communication. As companies worldwide begin to adjust to a new normal, perhaps there is time yet to reassess whether the working world can work for all, perhaps we may even speed up that 200 year process of closing the gap.

Environmental, Social and Governance (ESG) – the future of good investing and shopping