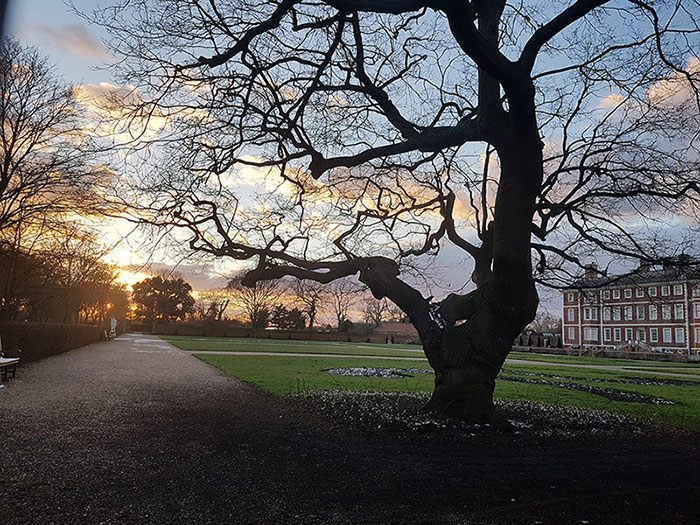 Neighbourhood Planning. Have a say in the future of your town

A neighbourhood forum is quite different from an amenity society or resident group. It has legal powers to produce a neighbourhood plan. The plan’s policies sit alongside those of the local council and the London Mayor when planning applications are decided. Areas with adopted neighbourhood plans get some of the funding raised in the local area when developments go ahead to be spent on local infrastructure priorities.

Neighbourhood planning in London and the South East is seeing forums popping up all over. New rights and powers were granted to communities under the Localism Act 2011. This was designed to make the planning system more democratic and more effective.

In our local area, neighbourhood planning forums are being planned or are in effect in Wimbledon, North Kingston and Ham and Petersham – these are their stories:

Home to The Championships since 1877, as well as to a branch of the suffragette movement in the early 1900s, Wimbledon is an iconic town where people like to get their voices heard and support a cause near to their hearts.

We have our own department store, two successful theatres, Hindu and Thai temples, as well as the Wandle river and the Commons – all contributing to the great diversity and success of our town.

The feeling of belonging to Wimbledon is strong, so no one should be surprised that the local community is seizing this unique opportunity to shape the future of its much-beloved town.

PlanWimbledon is a non-profit and non-partisan association representing the local community. We seek to improve the social, economic and environmental wellbeing of the neighbourhood through community-driven planning rules.

PlanWimbledon was inaugurated in January 2020 and has already gathered the support of thousands of people, through diverse members such as businesses, associations, groups, educational establishments, the arts, faith groups, workers, green spaces, visitors, and of course, enthusiastic residents.

We have built the core team, defined what we stand for, consulted with the local community, refined the boundary and built our membership base. Our Steering Committee comprises of local people with wide business, community, planning, architecture, communications, and government experience.

We have formally applied to Merton Council to be designated as a forum and have our area accepted. Our application is now under live public consultation by Merton Council to gain official designation this will run until the 23rd of May.
www.surveymonkey.co.uk/r/planwimbledon

Once successful we will begin the process of canvassing the viewpoints of residents, workers and businesses to bring common understanding and clarity to their local planning preferences. Then we can capture key priorities and crystallise them in the form of a neighbourhood plan which, subject to referendum, will complement the Merton Local Plan, adding detail and nuance. www.planwimbledon.org

In the summer of 2016, the Royal Borough of Kingston upon Thames published its Direction of Travel consultation in preparation of its new Local Plan. This sat alongside an emerging Opportunity Area of higher growth potential covering Kingston Town Centre and part of North Kingston.

The key issue for us is that the new London Plan requires Kingston to build over 9,000 new homes over the next 10 years. North Kingston will be expected to play its part. The implications are that our neighbourhood will need to accommodate a large number of new homes. It would be better to engage with the council to ensure the impact of new development is not only fully mitigated, but that it is accompanied by a full range of amenities and infrastructure for the benefit of both current and future residents.

The North Kingston community decided to meet that challenge head on by developing a neighbourhood plan, a vehicle to guide, promote and allow balanced and sustainable change within our neighbourhood area. We wanted a say in how that change will happen!

We applied for formal designation with Kingston Council in 2016, consent followed in 2017. Since that time, we have held two major community consultations in 2018 and 2019, where it became clear that the community considered tight controls essential to retain North Kingston’s residential character.

Based on those consultations, the draft Neighbourhood Plan is now published for statutory community consultation. The Policy themes contained within, guides the design of new buildings and how they should respect local context. It identifies local businesses as crucial for the area; identifies opportunities to protect and optimise existing social infrastructure including our open spaces to support our health and wellbeing and Climate Change Resilience. Projects are listed for community prioritisation.

The consultation can be viewed here: www.Northkingstonforum.org

The Ham and Petersham Forum is the furthest developed of the Forums detailed here, our draft plan was put to referendum in 2018 when 84.61% of local residents voted in favour of the Plan.  Since then, it has been taken into account as part of the legal framework for deciding planning applications as a clear expression of the communities wishes.

How do you get involved in neighbourhood planning? Everyone comes to Neighbourhood Forums in their own way. Lisa became involved when she went to a public meeting and, as a planner, couldn’t help but get chatting to the organisers. She ended up Chair of the Plan Drafting Group, responsible for taking the ideas put forward by the community. Lisa then turned them into robust planning policies to be used to determine planning applications. We were very lucky to have many talented architects, landscape designers and planners who worked tirelessly as volunteers to draft our policies and turn them into a coherent Plan.

Brian went to a party in 2014 and was asked by an old friend if he would get involved on behalf of faith groups.  He was assured it would not take up too much time. This proved not entirely true after he became Chair of the Forum Committee!

We would urge everyone to get involved in neighbourhood planning in their local area. You can help create a positive vision for the future of your local area and influence the planning process. You don’t need to be a professional only have enthusiasm and ideas about how you would like to see your neighbourhood evolve over the next ten years. info@hamandpetersham.org

You may also enjoy reading about Tagg’s Island, one of the special places to preserve in Kingston Upon Thames

Changing times for the modern father